Why I’ll Be Tuning into the Black National Convention

I’ll be tuning into the Black National Convention (BNC) today (8.28.20). There has been lots of talk lately about Black people—assumptions about how and if we’ll vote, reports about the differential impacts of the pandemic on our health, assertions about the meanings of this summer’s uprisings and judgements about the tactics, demands, and messages advanced through those rebellions. When we speak for ourselves, however, Black people continue to be silenced, patronized, or portrayed as irrelevant or too ignorant to know what we actually mean. The Black National Convention, by 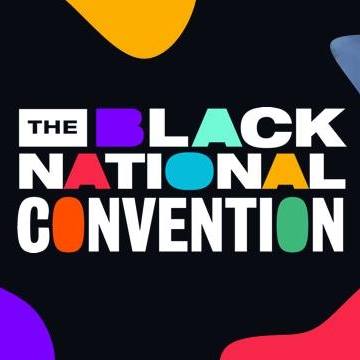 contrast, takes Black people seriously and is slated to carve out space to articulate our political priorities, to elevate the participation of frequently marginalized Black people, and to engage with Black people as a genuine political force in the United States.

The BNC comes on the heels of the conventions of this country’s two dominant political parties. One convention was mired in a smug multiculturalism and the other painted Black people as hordes poised to kill your families and steal all your stuff which are held off only by the delusional millionaire currently occupying the White House. Despite a widespread acknowledgement that the political fates of people running for offices up and down ballots across this country are intimately tied to how Black people will vote, the dominant parties largely refuse to engage with Black people in ways that amount to more than photo opportunities or sound bites.

Drawing on the legacy of the National Black Political Convention in 1972, the BNC aims to forward a political agenda to which Black people can hold politicians accountable both during this election season and as campaigns transition to governance. The BNC will be guided by The Vision for Black Lives, the policy platform initially released by the Movement for Black Lives (M4BL) in 2016, through the work of dozens of Black-led organizations across the United States. The Vision for Black Lives continues to guide the M4BL ecosystem’s work and has been updated for re-release coinciding with the BNC. The political education and struggle necessary to develop The Vision has positioned M4BL and its Electoral Justice Project well to articulate a political program aimed at securing wellbeing for all Black people. The project of building Black political power is essential as we continue to face down the triple crises of the pandemic, economic decline, and racial injustice that have been the backdrop to 2020. Center for Political Education has been proud to be a member of M4BL’s policy table and of what M4BL has made possible since 2015.

We know that when Black people do well everyone does better, and I continue to believe that Black Power Matters. So, I’ll be tuning in to the Black National Convention today with curiosity, enthusiasm, and hope to learn lessons that will fuel both our organization and the movements of which we’re part for the struggles ahead.