or as VIDEO PLAYLIST

Economic Crisis:
The 1968 period saw a crisis in global capitalism. In the United States, this was marked by stagnation in economic growth; increased unemployment; increase costs for goods and services (inflation); strains caused by global capitalist competition; political and military challenges from the Soviet Union, third world states, and third world liberation struggles; military spending; labor militancy; demands from civil rights and freedom struggles domestically, along with spontaneous insurrections; the cost of oil; and the delinking of the value of the US dollar to physical gold reserves. The present-day dominance of neoliberalism is born of the ’68 period of economic crisis. 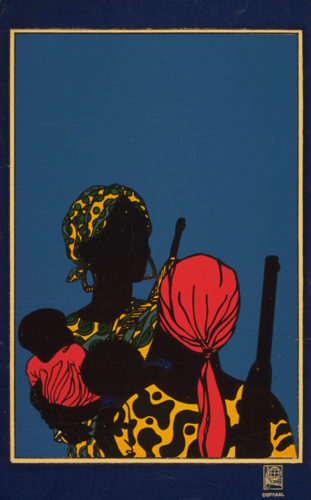 Redistributive Justice:
The 1968 period represents a moment of intersectionality of demands emanating from social movements. “Economic justice,” did not simply mean higher wages or better jobs. As labor organizations, civil rights organizations and other groups intersected as movements, demands for redistribution of power –economic, social, and political power—were increasingly clear and resounding. This was not the first or only time mass movements were calling for redistribution of power, but the ‘68 period marked a resurgence of these demands.

Questions to consider in relationship to this week’s assigned materials:

“Immigrant Struggles, Anti-Racism, and May 1968: An Interview with Daniel A. Gordon” (excerpts).  If you want a link to the whole piece, you can find that here. (text)

Introduction to All Labor Has Dignity, a collection of speeches by MLK edited by Michael K. Honey (text)

Finally Got the News  (video)

“‘This Nation Has Never Honestly Dealt with the Question of a Peacetime Economy’: Coretta Scott King and the Struggle for a Nonviolence Economy in the 1970s” by David P. Stein from Souls, 18:1. (text)

“Welfare as a Women’s Issue” by Johnnie Tillman (text)

The Economic Crisis of 1968 and the Waning of the “American Century” by Robert M. Collins (text)

Labor and the Long Seventies: An interview with Lane Windham  from Jacobin (text)

“Success for Whom? An Historical-Materialist Critique of Neoliberalism in Chile” by Marcus Taylor from Historical Materialism Vol. 10:2.  (text)

Keywords
Here are some brief working definitions/explanations of terms related to this week’s class.

Social Wage: As Defined by Vijay Prashad From “Secondhand Dreams” linked above:  “The social wage is that amount of deferred wages that goes toward the creation of various publicly available goods, such as public transportation, health services, schools, parks, postal delivery, safety [etc.].”

Military Keynesianism: As Defined by Ruth Wilson Gilmore in “Globalization and US Prison Growth: From Military Keynesianism to Post-Keynesianism Militarism”, linked above: “The military Keynesian or ’warfare-welfare’ state… was first and foremost, then, a safety net for the capital class as a whole in all major areas: collective investment, labour division and control, comparative regional and sectoral advantage, national consumer market integration and global reach. And, up until 1967-68, the capital class paid handsome protection premiums for such extensive insurance. However, at the same time that Black people were fighting to dismantle US apartheid, large corporations and other capitals, with anxious eyes fixed on the flattening profit-rate curve, began to agitate forcefully and successfully to reduce their contribution to the ’social wage’.”

Neoliberalism: As Defined by David P. Stein from “U.S. in the World” [slide presentation]:  “The policies, practices and ideas associated with the sharp turn to market regulation of social life [emerging from the ‘68 period]. Neoliberalism preaches hostility to socialism, trade unions, and social welfare programs, all of which are alleged to ‘interfere’ with the market.” Increased privatization of social infrastructure (schools, etc.), deregulation, indebtedness, policing and militarism are some effects of neoliberalism.