In July 2018, the Center for Political Education offered The Spirit of ’68: Lessons from the Worldwide Revolution, a four-part study of the politics of 1968 and its lessons for today’s struggles.

By popular demand, CPE offers this online reader: a compilation of reading materials, videos from the four-part series, music, and supplemental links.See a full table of contents below (all materials in this reader are used for educational purposes only).

CPE’s Spirit of ’68 reader brings together global perspectives on this pivotal period of struggle, with its re-emerging international networks of solidarity, that shared philosophies, strategies, and expressive and inspiring cultural products. Be sure to visit the Lessons Page  for a summation of some of the lessons learned during the class. 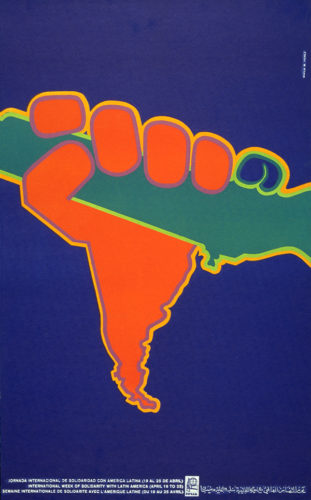 1968 was a watershed year. Itself a product of decades of struggle, 1968 was a year during which the world caught on fire: In Africa, Asia, and Latin America, people’s liberation movements put colonial and imperial regimes on notice. From Memphis to Paris, millions of workers went out on strike. From Mexico to Eastern Europe to San Francisco, students called for radical transformation of education. Across the world women and queer people challenged patriarchy both outside and inside of the left. Mass civil rights movements from the US, to the North of Ireland, to South Africa became increasingly broad and militant. City after city broke into upheaval and insurrection, holding high the banners of Black Power, Third World solidarity, and socialism. Their ideas informed both a vision and strategies for a new world, marking ‘68 as a crisis of hegemony, when previously dominant and ruling class ideas, institutions, and relationships of power and force were critically challenged, strained, broken, exhausted, and or overcome. ‘68 was also a year of extreme violence, as those who ruled used assassination, military occupation, bombardment, and unrelenting political repression to maintain their grip on power.

Week 1 The Long’68: Power and Politics helps us to locate 1968 within an expansive period of struggle that starts as early as the 1955 Asian – African Conference in Bandung, Indonesia and the bus boycott culmination of the Montgomery, Alabama Women’s Political Council campaign, and ends with the Attica Prison uprising in New York and the liberation of Viet Nam.

Cine Liberación Group’s Argentinian film The Hour of Furnaces, International Studies scholar Vijay Prashad’s chapter “Havana,” from his The Darker Nations: A People’s History of the Third World, and video of our guest speaker Linda Burnham, Senior Advisor, National Domestic Workers Alliance are a few of the offerings that help us begin to frame the spirit of ’68.

Week 2 From the Factory Floor to the Welfare Line examines the relationship between politics and economy in ’68. The 1968 period saw a crisis in global capitalism: stagnation in economic growth; inflation in prices; increased military spending; and the delinking of the value of the US dollar to physical gold reserves. The present-day dominance of neoliberalism was born of the ’68 period of economic crisis. ’68 also saw the resurgence of international demands for economic justice: the redistribution of power – social, political, and economic.

From Dr. Martin Luther King’s increasing support for labor militancy and his denunciation of the war against Vietnam, to Detroit’s Revolutionary Union Movement’s solidarity with Black workers in South African auto plants, to the massive worker-student strikes in France, Uruguay and elsewhere, redistributive justice linked labor, freedom, and anti-imperialist ideologies and actions. Materials in this section include King’s 1967 statement introducing the Poor People’s Campaign, readings from Ruth Wilson Gilmore and Eric Hobsbawn, and video of our guest speaker Steven Pitts of the UC Berkeley Labor Center.

Week 3 Imagining the World: the War of Ideas draws out some of the beliefs and ideas that bound people together during ’68, generating a global consciousness to fuel the global movement. We look at how organizations, parties, and other community formations mobilized and debated ideologies. Media, including newspapers, newsletters, film, printmaking, and music, also played a significant role in forwarding revolutionary ideologies, bringing people together and making connections between vast liberation struggles.

Materials include primary documents from the period: the Black Panther Party’s 10-point program, the American Indian Movement’s 20-point position paper, the Popular Front for the Liberation of Palestine and the playlist. We also hear from Dignidad Rebelde’s Melanie Cervantes and Freedom Road Socialist Organization’s Michelle Foy.

Week 4 The Long War examines the relationships between war, repression, insurgency, and counterinsurgency. The materials in this section help us reflect on anti-militarism and anti-imperialist struggle, the importance of internationalism, and how the resistance movements of ’68 can inform our contemporary work. Fully interrogating the counterinsurgency of the period helps us understand contemporary policing, imprisonment, courts, surveillance and detention.

Lessons from the Spirit of ’68 provides a handful of summary ideas and lessons generated during the class.