Spirit of ’68: Lessons from the Worldwide Revolution 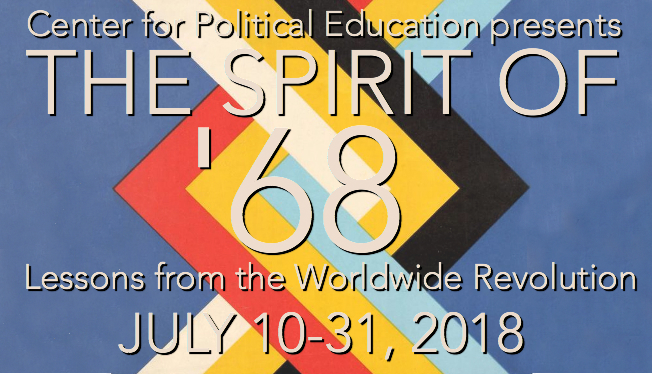 1968 was a watershed year. Itself a product of decades of struggle, 1968 was a year during which the world caught on fire: In Africa, Asia, and Latin America people’s liberation movements put colonial and imperial regimes on the defensive. In cities such as Memphis to Paris, millions of workers went out on strike. From Mexico to Eastern Europe to San Francisco, students called for radical transformation of education. Across the world women and queer people challenged patriarchy both outside and inside of the left. Mass civil rights movements from the US, to the North of Ireland, to South Africa became increasingly broad and militant. City after city broke into upheaval and insurrection. The banners of Black Power, Third World solidarity, and socialism were held high, their ideas informing vision and strategy for a new world. ‘68 was also a year extreme violence, as those who ruled used assassination, military occupation, bombardment, and unrelenting political repression to maintain their grip on power.

On the 50th anniversary of this momentous year, join CPE for a four-part study of the politics of 1968 and its lessons for today’s struggles.

During the four class sessions, we’ll look at the ways political, economic, ideological, and anti-imperialist struggles of 1968 changed the world, and what critical lessons we can draw for our own times.  We’ll be joined by local guests who will help us bring this period to life by sharing ideas about how the struggles of the period resonate with organizing today.

All sessions will be held at 518 Valencia St., San Francisco.  This space is wheelchair accessible, but please email us if you have other questions about accessibility or want more information about the class.