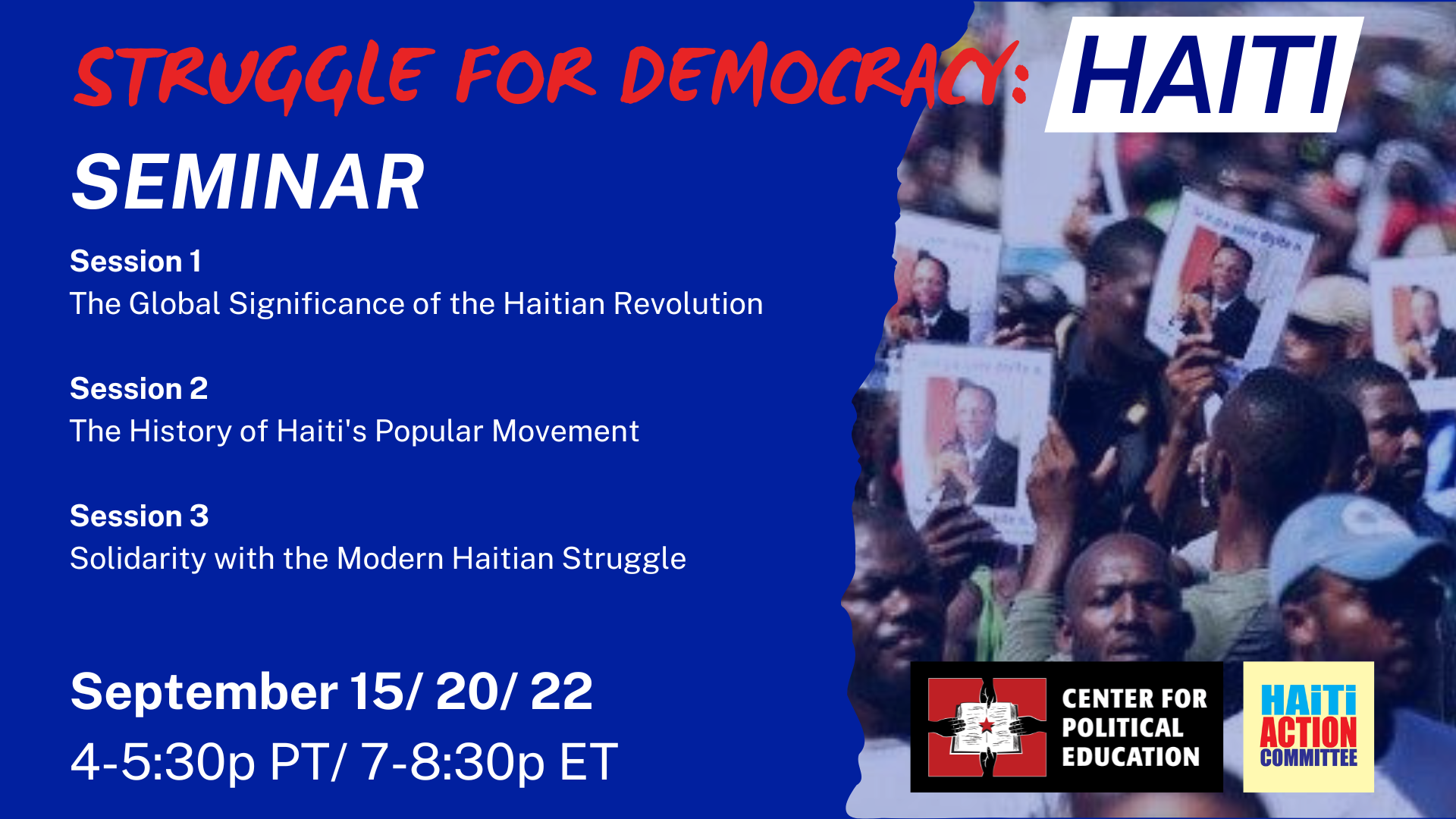 This fall, Center for Political Education and Haiti Action Committee invite you to participate in a special three-part online seminar on the past, present and future of popular struggle in Haiti. This seminar will offer participants a rare opportunity to learn from organizers and activists deeply connected to the grassroots resistance movement in Haiti and to transform that learning into meaningful solidarity with the Haitian people.

Classes will cover the following material:

Participation in this class will be limited to 40 students. All classes will be conducted online via zoom.

We are reaching out to your organization and other organizations in our networks with whom we want to engage in shared study on this crucial historical material and whom we believe take seriously the need to build meaningful solidarity with the people of Haiti.

As space is limited, we encourage you to apply early. Thank and we look forward to studying with you soon!

Ps – here’s a preview of the lineup for our first session!

Akinyele Umoja is a scholar-activist and founding member of the New Afrikan People’s Organization and the Malcolm X Grassroots Movement (MXGM). He and his comrade, the late Chokwe Lumumba, led an MXGM Black August delegation to Haiti in 2010 to monitor relief efforts for the Haitian people after the horrific earthquake earlier that year. Umoja also played a significant role in mobilizing solidarity of Black activists and intellectuals with the Haitian grassroots demand for the return of President Aristide and his family from their banishment from their homeland.

Nia Imara is an artist, astrophysicist and activist. She is a member of Haiti Action Committee and a Board Member of the Haiti Emergency Relief Fund.

Pierre Labossiere is Co-Founder of the Haiti Action Committee (HAC) and the Haiti Emergency Relief Fund (HERF), established in the Bay Area in 1991 and 2004 respectively.  Pierre was born in Haiti, moved to New York City in 1970 and later to Oakland. He has been active around issues of racial, social and economic justice and the struggle for Haitian liberation and self-determination, helping to organize community mobilizations against US-imposed Haitian dictators and the deportation of Haitian refugees.

This form is currently closed for submissions.