Washington Bullets & the Debt of Blood 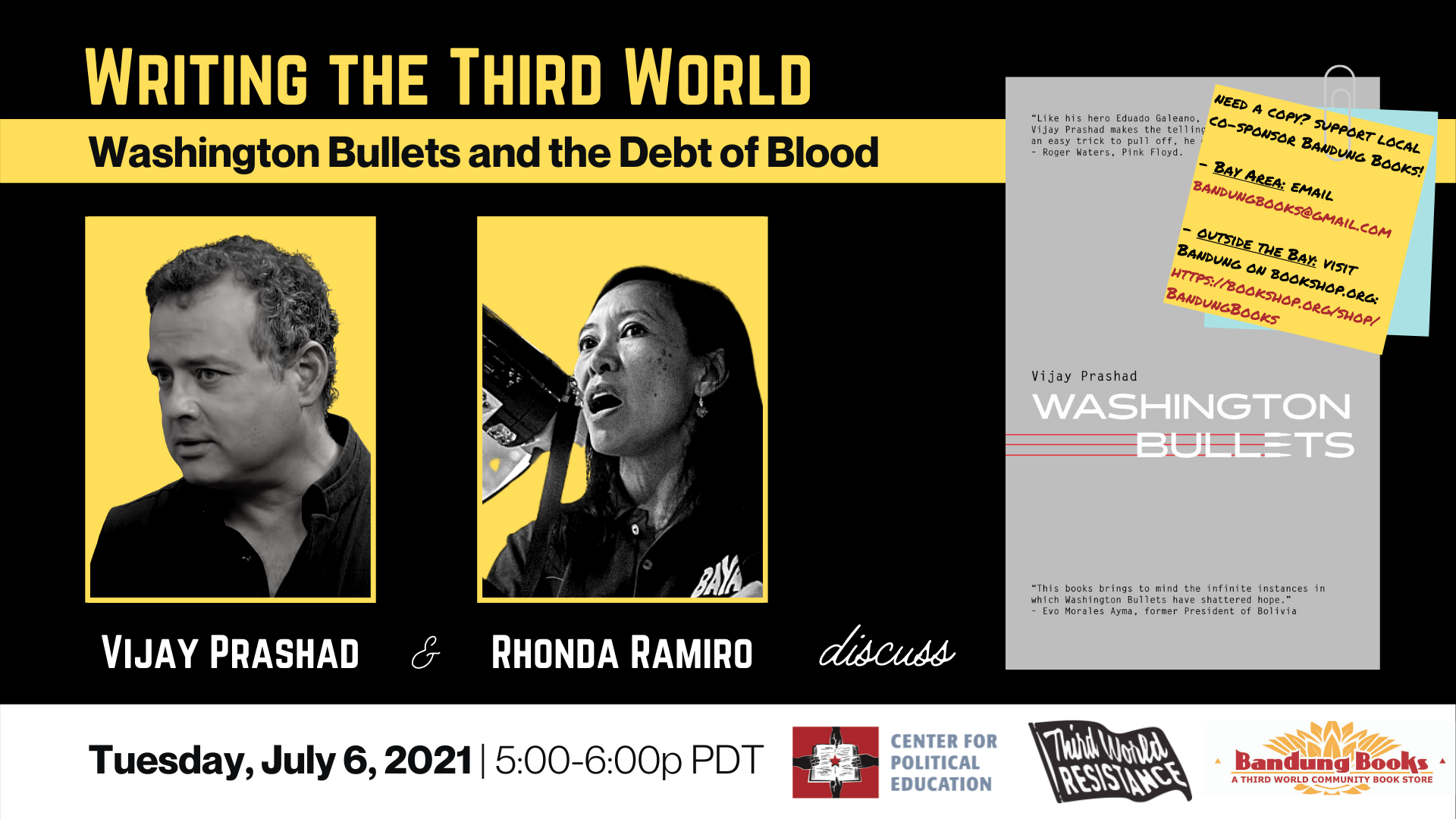 Vijay will be in conversation with Rhonda Ramiro, Chairperson of BAYAN-USA.

This is the second event of CPE’s Writing the Third World series that puts scholars and movement leaders and organizers in conversation about a recent work of scholarship on internationalist struggles for liberation and self-determination.

Bios:
Vijay Prashad is an Indian historian and journalist. Prashad is the author of thirty books, including Washington Bullets, Red Star Over the Third World, The Darker Nations: A People’s History of the Third World and The Poorer Nations: A Possible History of the Global South. He is the Chief Correspondent for Globetrotter and a Columnist for Frontline (India). He is the Chief Editor of LeftWord Books (New Delhi). He has appeared in two films – Shadow World (2016) and Two Meetings (2017).

Rhonda Ramiro is Chairperson with BAYAN-USA, a nationwide, multi-sectoral alliance of grassroots peoples’ organizations fighting for national and social liberation of the Philippines. BAYAN-USA serves as an information bureau for the national
democratic movement of the Philippines and as a center for educating, organizing, and mobilizing anti-imperialist and progressive Filipinos in the U.S. Rhonda served as Secretary General of BAYAN-USA from 2009-2012, Vice Chair 2012-2018, and now the Chairperson elected in BAYAN USA’s 6th Congress in 2018.

***Accessibility Information***
Spanish interpretation and English-language live captioning will be available.
This event is co-sponsored by the Third World Resistance network and Bandung Books.